A conversation with Raji

Raji Mangat is the Director of Litigation at West Coast LEAF. 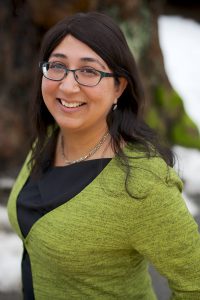 Besides being incredibly accomplished, she has a strong passion for justice — we talked about how she works towards a more equal society as part of the West Coast LEAF team:

Hi Raji, could you tell me a bit more about what your work involves?

My position as the Director of Litigation is a relatively new lawyer position in our office. I oversee and make decisions about what equality cases we’re going to be involved in and in what capacity. We do lots of work through committees and consultation to have different perspectives represented. We don’t want to impose based on our experiences. I spend one day a week over at Rise Women’s Legal Centre as the liaison lawyer – I work with the staff and students to identify systemic issues that are impeding women in areas of child protection and family law. I really like that part of the job; West Coast LEAF’s expertise is in systemic issues while Rise has individual clients. My position is a bridge between the two organizations. If we can identify the issues that these women are facing, that are ripe for challenge, we can potentially help even more women.

I get to see the law develop to be more inclusive and reflective of people’s diverse experiences.

I was drawn to this work because of the subject matter. I enjoy the work, sometimes in a purely legal geeky way — it’s really on the cutting edge of constitutional law and human rights. I get to see the law develop to be more inclusive and reflective of people’s diverse experiences. I hope we’re doing a good job of working for women from all walks of life who are experiencing barriers to participating equally in our society. Also, we do a ton of law reform work (letters and submissions to government, getting meetings with high level decision makers to influence policy before it becomes law) as tools for systemic change, and litigation comes in where things have gotten to the point where they must be addressed after the fact. We also work in education — to work towards what comes next, what attitudes prevail.

It sounds like you cover the whole spectrum — preventative, predictive and proactive — which would also be ideal in health care!

Yes, I think so much change can happen through reform, so that people don’t have to go through a terrible experience so we have something to challenge. If we can work on how our policy makers are making laws — what they are relying on. Are they making evidence-based decisions, or what will be politically expedient, or based on what stereotypes they’re holding in their minds. It can definitely result in lasting change. I mean, legal challenges are long and expensive and we know that we can have a law struck down and something else legislated that isn’t much of an improvement. I think that is part of also drew me to West Coast LEAF — a holistic view of how change happens.

What has surprised you the most about your work?

We put a lot of thought and energy in what and how we are doing the work — if the process doesn’t include organizations and people who have historically been left out of these processes, the outcome will reflect that exclusion. I really like how thoughtful we are, and how much energy we put into listening and reflecting in the perspectives of diverse women. It makes the work more challenging but also so much richer. This work has been [incredibly] collaborative.

If the process doesn’t include organizations and people who have historically been left out of these processes, the outcome will reflect that exclusion.

Do you have an early memory with your organization that’s stuck with you?

Really shortly after I started, we were invited to Ottawa to make submissions to the Parliamentary Standing Committee on Justice. They wanted submissions from us on the Court Challenges Program that the government was looking to reinstate – and that they subsequently have reinstated. We are happy to see the program return because it provides an opportunity for organizations like us to apply for funding to bring challenges to government laws under the Charter. It’s a really intriguing thing because no other country has anything [quite like it]. It’s unique – the government funding a program that allows us to [challenge their laws]. I had a chance to go with Kasari (our Executive Director) and make submissions.

That same week, there was also a Supreme Court of Canada (SCC) judgment being released that West Coast LEAF was intervening in. I knew it well because I had worked on before starting my job at West Coast LEAF. I had to jump right in and roll up my sleeves – it was great to see out of the gate, some of the different ways that we do our work. It stuck with me because I didn’t even have a desk at the office yet and already I was immersed in our work.

That’s pretty amazing. What are you most excited about now? What makes you worry, and why?

I’m excited that we have experienced growth in our legal capacity by adding another lawyer. It also means it increases our ability to coordinate our tools to have education, law reform and litigation programming in tandem. We have increased capacity to bring litigation — being the ones filing the Notice of Claim — along with intervening in cases that others have brought.

And, it’s not a worry, but it is rather more of a challenge, but I wonder about how to get people in the media particularly, but people generally to communicate about inequality. People feel really uncomfortable with addressing inequality in society and there might be some reticence to report on how life circumstances will create different opportunities and barriers.

People feel really uncomfortable with addressing inequality in society and there might be some reticence to report on how life circumstances will create different opportunities and barriers.

I didn’t anticipate [the reluctance] and was a bit surprised about it. The Lloyd case, for example — about mandatory minimums — often, people would wonder why we were interested in a case about a Mr. Lloyd. Well, mandatory minimums for certain drug offences carry implications for women who mostly have more low level drug mule jobs within drug trafficking enterprises. It’s easier to scoop lower level traffickers, and long terms of imprisonment impacts women in particular ways, especially if they’re mothers, or indigenous women. Getting people to see past that — to get into some of the nuance of what the equality issues are and how they can play a role in how vulnerable people are experiencing the law — I guess I worry about how to do that better.

I hope that’s something you can find the answer to.

You’ll be my first call if I do!

I’d wish that my coworkers and I would all be out of a job (laughs). But seriously, if there wasn’t a need for West Coast LEAF, meaning substantive equality and inclusion wasn’t just a vision, but a reality, if we were able to see the value of everyone being able to achieve their full potential in a way that didn’t feel threatening to others — that would be my one wish.

What we’re working on

We defend the human rights of incarcerated and criminalized women. As an intervenor in an historic case challenging the practice of solitary confinement in Canada’s prison system, we will be speaking out in court about how solitary creates particular harms for Indigenous women, women with mental illness, and women who are survivors of violence and trauma.

We stand up for women’s right to parent their children and keep their families together. For example, in our recent law reform report High Stakes, we highlighted how the lack of access to affordable, high-quality childcare can increase the risk of child apprehension and create needless barriers to placing children in the care of loving family members.

We fight for women’s right to health care and reproductive choice. As an intervenor in the case about Trinity Western University’s proposed law school, West Coast LEAF has made a strong statement that law schools must not restrict the constitutionally-protected abortion rights of their employees and students, and must not discriminate on the basis of sexual orientation, gender, or family status.

We push for access to legal help for all women who need it. Less than a year ago, West Coast LEAF partnered with UBC’s Allard School of Law to launch a low-cost family law legal clinic for self-identified women, Rise Women’s Legal Centre. Given the crisis in legal aid in BC – and particularly cuts to family law legal aid that have disproportionately impacted women – we just couldn’t wait any longer for a public policy change to address the critical gap in services. Rise, now an autonomous organization, provided urgently needed legal help to 175 women in its first 5 months.

We challenge systems that exacerbate economic inequalities facing women – particularly those women who experience multiple layers of discrimination. For example, West Coast LEAF has been outspoken in criticizing the double-standard created by the way ‘spouse’ and ‘dependent’ are defined in social assistance legislation, which results in unfair denials of income assistance and disability benefits. We called for changes to social assistance law that would support women’s financial independence, self-determination in relationships, and ability to flee abusers.

We fight for women and girls to be free from violence. For example, West Coast LEAF was part of a coalition of organizations that intervened in the inquiry into the victim-blaming conduct of Justice Robin Camp while he presided over a sexual assault trial, which resulted in a recommendation that he be removed from the bench. (Earlier this month, Justice Camp announced his resignation!) To challenge the sexist stereotypes and rape myths that were reflected in Justice Camp’s behaviour, West Coast LEAF also believes in creating a cultural shift by educating the next generation. For more than 15 years, we have been delivering our peer-led No Means No youth workshop to youth in grades 5 to 9. This interactive workshop informs young people of their legal rights and responsibilities when it comes to sexual assault and consent and challenges them to interrupt the culture of violence against women and girls. We also engage youth in critical reflection about what violence looks like online and what the law says about our lives on the Internet through our TrendShift program. We are proud that we can now offer our youth workshops in Kamloops and Nanaimo in addition to Metro Vancouver!

West Coast LEAF (Women’s Legal Education and Action Fund) is the first and only organization in BC dedicated to using the law as a tool for advancing the equality rights of women and girls.

For more than 30 years, we’ve been using multiple strategies to challenge gender-based inequalities:

Our vision is a society free of gender-based barriers to health, safety, justice, economic security, and other basic human rights. West Coast LEAF is committed to a model of feminism that includes transgender and intersex people and defends their right to be free from sex and gender discrimination. We strive to realize a vision of equality—substantive equality—that honours the differences among people and recognizes the need for these differences to be factored into laws, policies, and social practices.

Our office is located in Vancouver on unceded Indigenous land belonging to the Coast Salish peoples, including the territories of the x?m??kw?y??m (Musqueam), Skwxwu?7mesh (Squamish), Stó:l? and S?l?i?lw?ta?/Selilwitulh (Tsleil-Waututh) Nations.