Today’s guest blog post features a new resource for those preparing for the presentation of their cases — in court, in chambers, or as part of a negotiation or mediation. It focuses on how to navigate CanLII, a free legal online service. This resource is available via Clicklaw. 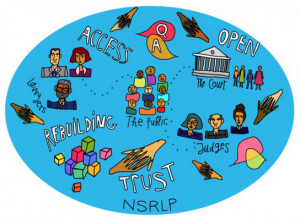 Professor of Law at the University of Windsor & Project Director

As part of my 2011-12 study of the experiences of self-represented litigants (SRLs) in Alberta, BC and Ontario, I asked each of the 259 SRLs I interviewed to tell me what was the most useful on-line resource they had used in preparing their case.

By far the greatest number singled out CanLII, the Canadian electronic case and legislation database. One told me “CanLII is the best thing for a self represented person ever…” Many talked about the hours they spent poring over cases in CanLII.

CanLII received a million hits – in March 2015. How many of those were self-represented litigants, I wonder?

But a number also found researching using CanLII difficult, understandable without a familiarity with the structure of law in Canada (and difficult enough even with legal training to harness the enormous amount of information in CanLII effectively).

“I don’t know how to access the information on CanLII so that I can find out what I need to know.”

“The hard part is finding the right search term.”

In response, we began to develop the CanLII Primer at the National Self-Represented Litigants Project (NSRLP) last November. We quickly discovered that this task was far bigger and more complex than we had originally anticipated – and that it was important to include a “Law 101” section to enable users with no legal background to maximize the effectiveness of their searches.

One of the NSRLP’s research assistants, Tamara Thomas, a third year Dual JD/LLB student, had primary responsibility for the development of the Primer under my supervision. Tamara brought impressive creativity to the task and was responsible for much of the structure and conceptualization of what turned out to be an over-40 page “just the basics” document. Tamara used screen shots to walk users through the program, having thought through what they needed to understand about the way law is made and applied in Canada in order to make sense of the instructions. As Tamara commented, “Writing the Primer required that I completely deconstruct everything that I knew in a way that we are not taught in law school.”

Released online on March 26 2015, the CanLII Primer has already had a terrific response – from courts, professional bodies, individuals and public education organizations, and from CanLII itself, which is exploring translating the Primer into French.

New SRL Resource..see what the buzz is about Can LII Primer http://t.co/uOpH58pVTJ #a2j @CanLII

As with all NSRLP resources, the CanLII Primer is open source access and can be downloaded, modified and used in any way by any one (but please credit the NSRLP and help us to continue our work!). A video to accompany the Primer will be available on the NSRLP You Tube channel in the coming months.

Please send us any comments and feedback for improvements. We are proud of the Primer, but equally certain that it can be improved.