There are over 10,000 people living with cerebral palsy in British Columbia.

Cerebral Palsy Association of BC was started in 1954 by a group of parents who wanted to assist their children living with CP to reach their maximum potential within society. We provide support, education, and information throughout BC. Our resources on Clicklaw include: 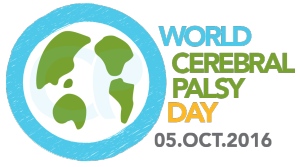 In recognition of World CP Day 2016, the Government of British Columbia and cities and towns across the province have agreed to proclaim “World CP Day” and the province’s major landmarks will be lighting up green, the official colour of CP.

This map shows the governments that are proclaiming World CP Day and the landmarks that will be lit up on October 5th.

How to use the map: You can zoom in or out. Click any icon to show more about that proclamation or landmark. Click the button in the top left to bring up a list of all of the locations recognizing World CP Day.

Cerebral Palsy Association of BC