The 2017 Clicklaw and Clicklaw Wikibooks website user surveys ran for two months, from late October to late December. Here are some highlights from the survey results:

There were also some great comments from users. We are promoting these through our social media channels, and I am sharing some of them here: 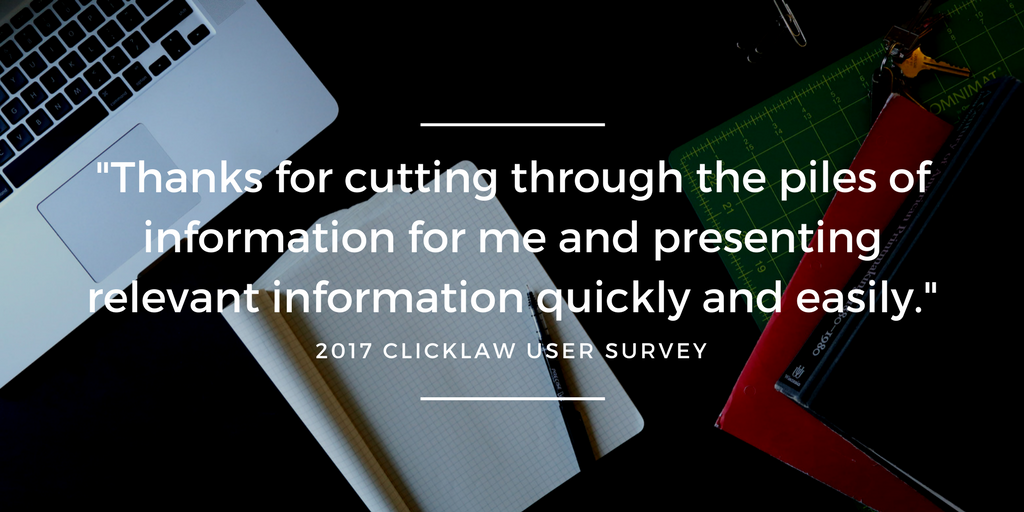