The Civil Resolution Tribunal (CRT) team is looking for people to help beta-test their web-based Solution Explorer. As we mentioned in our Introduction to ODR in BC, the CRT will be an online tribunal opening in 2016. It will be accessible 24/7, and can be used by people to resolve their small claims and strata/condo disputes.

The first step in the CRT process is called the Solution Explorer, a self-help tool that helps diagnose the type of problem or dispute, provides helpful related information, self-help options and identifies a recommended next stage of the process.

Who Can Take Part? 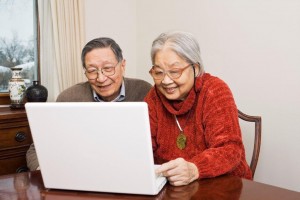 The CRT is looking specifically for a group of 8 to 10 people who are owners, tenants or occupants of a strata. Participants will be observed using the Solution Explorer to resolve real life strata disputes by CRT staff to see how it is used and how it can be made better.

What are the Requirements to Participate?

If you can attend a 30 minute appointment on either of these two dates below, look up the other requirements here on the CRT’s website, where you will find more information on how to get involved:

To learn more about the CRT, visit their website.

During the week of October 17-24, Mediate BC and its Roster mediators will be organizing events throughout the province to build awareness of healthy ways to resolve conflicts, including mediation.

The Conflict Resolution Week 2015 theme is “Why Not Mediate?”

#WhyNotMediate is the event’s official hashtag.

“Mediation is a great option for many people because it’s private, has more flexibility in resolutions and typically is faster and less expensive than going to court. It saves people time, money and stress and allows them to get back to what’s important to them,” says Mediate BC’s CEO Monique Steensma. Steensma is supported by studies that show mediation to be an effective, affordable, timely and accessible option.

Check out free events in your local community.

Mediators invite you to take a “behind the scenes” look at the mediation process and what they do through a series of videos posted at mediatebc.com: Click here for the Behind the Scenes Videos