This month, we feature BC Freedom of Information and Privacy Association (FIPA), a Clicklaw contributor.

FIPA is a non-partisan, non-profit society established to promote and defend freedom of information (FOI) and privacy rights in Canada. They strive to empower citizens by increasing their access to information and their control over their own personal information. FIPA was the major force in getting BC’s Freedom of Information and Protection of Privacy Act passed. 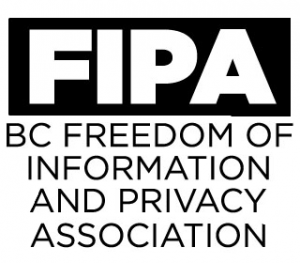 FIPA will have a joint speaker with the Canadian Institute for Information and Privacy Studies. The public is welcome attend but only members can vote. Become a member today, and join FIPA for the AGM! For more information on membership, visit FIPA’s website.

September: Right to Know Week – FIPA will be hosting their annual FOI 101 workshop as well as the 7th BC Information Summit. More information to come, so be sure to check the FIPA website for the most recent updates. These events will be included on the Clicklaw blog’s monthly events posts.

Hi Vince, thanks for answering our questions. Can you explain what FIPA does?

A lot of what we do is helping people navigate a system that is completely alien to them, usually to get them information or documents they need to take care of other problems they may be having. We also do some education, but keeping in mind most people we help are focused on other issues–FOI is a means to an end.

Who does FIPA help?

We work to serve all of BC and even more so this year by providing our FOI 101 workshop through an online webinar with Courthouse Libraries BC, so that we can better reach the entire province. This interactive webinar will provide newcomers to FOI with practical skills to prepare and submit information requests that get results, and to navigate some common challenges that can arise as requests are processed. We are also actively engaged in national issues as well.

What are you working on now?

We’re always working on exciting privacy and FOI reforms at both the provincial and federal levels, but with a new provincial government apparently ready to take office, we’re gearing up to really push for these reforms that have been largely ignored.

This year, we’ve also been doing work based on our 2015 The Connected Car: Who is in the Driver’s Seat? Report for the federal Privacy Commissioner. We have just appeared at a Senate Transportation committee hearing into autonomous and connected vehicles, and we hope to do an update on the report later this year. This exciting research will examine the current state of privacy protections in the Canadian car industry.

What’s something you’d like to clear up about FIPA?

A lot of people think we hold personal records in our office, or that we are a government body to whom they send their requests–but we don’t, and we aren’t!

What are you most excited about for FIPA?

We have the opportunity to deal with a very fast-changing field, especially working to ensure that new technological advances are also protective of our information and privacy rights.

Conversely, is there anything you are worried about?

I’m worried that we are being sold a bill of goods, trading our rights to information and privacy for convenience and/or claimed protection from danger.

I’d wish that even a small percentage of the money and time being spent on developing new technologies and products was spent on ensuring that those technologies and products protect our information and privacy rights. It’s not impossible to protect privacy in the new information age, but there is a reluctance to devote the resources to make it happen.

Thanks to FIPA, we also have a slew of new Common Questions on FOI, records, and privacy. Check them out by scrolling down on the Clicklaw home page: 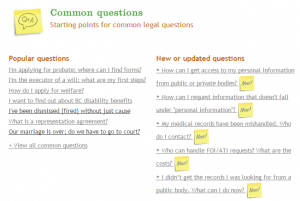 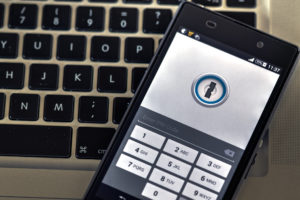 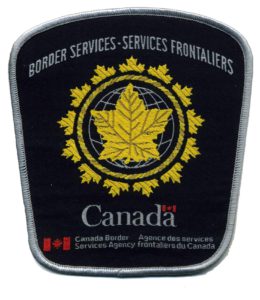 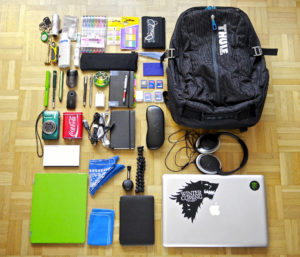