You’ve probably heard some rumblings about Bill C-51, the Anti-terrorism Act, 2015. You likely don’t hear about most bills unless you are actively interested in law or politics, but Bill C-51 has struck a chord with everyday people who are concerned about their privacy rights. Here are some places you can go to learn about Bill C-51.

Do you know how Bill C-51 became law on June 18th? We’ll try and break it down for you.

Canada’s Constitution defines the government’s powers and your rights. It includes the Charter of Rights and Freedoms. The constitution is the supreme law of Canada and all of our laws must conform to it, whether made by our courts or government law-makers (legislators). More on the Constitution here.

There are two primary sources of Canadian law (Quebec is an exception):

Parliament is made up of:

Aboriginal and treaty rights are also an important part of the Canadian legal system.

There are different types of bills

Bill C-51 is a “government bill”, meaning it was introduced by the governing party, currently the Conservative Party of Canada. It relates to laws that apply Canada-wide (federal jurisdiction).

Bill C-51 starts with a “C”, because it was first introduced in the House of Commons (as opposed to a “S” for Senate).

How does a bill pass and become effective?

Bills must pass three “readings” in both chambers, no matter which it was introduced in. As you can see from the Bill C-51 timeline (top of page), this process can differ slightly depending on the particular bill. 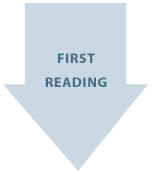 The bill is formally introduced, its objective explained, and members vote – if in favour, it is given a bill number and scheduled for future debate. 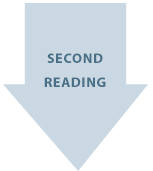 The bill is debated, and members vote to proceed to the next stage or for referral to a “Committee Stage” for further study. 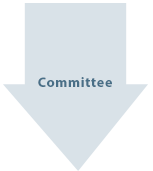 Members of parties represented in the legislature discuss the bill section by section. They make recommendations for amendments (changes) to the bill. The committee chairperson will make a report of the suggested changes, leading to more debate. 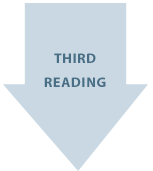 Members debate the final form of the bill and vote on whether to pass it.

Royal Assent – After the bill passes third reading in the second chamber, the bill goes to the Governor General or their representative for Royal Assent. This means it can then become law – an Act of Parliament and a Statute of Canada.

The date the Act becomes effective depends on when it is “in force”. This may be:

Different parts of the Act could come into force on different dates.

See the “Coming into Force” dates for Bill C-51 here.

Where can I learn more about the law in Canada?

Check out these resources on Clicklaw for more information: