We’ve added a question to Clicklaw that gets asked quite often by people who visit our Courthouse Libraries – How can I get my Certificate of Divorce? Does it make my divorce official? What forms do I need?

Our new Common Question clarifies that you do not need a certificate to make your divorce legal, but that it can be useful in some cases.

If you want more info on the different ways you can apply for a certificate, you are directed to a brand new page of the JP Boyd on Family Law Clicklaw Wikibook (JPBOFL), which:

We also include tips on finding your court file number, and getting a copy of your divorce order.

What is a Clicklaw Wikibook?

Clicklaw Wikibooks is Clicklaw’s companion site – it provides plain language legal information and is a platform for lawyers and legal organizations in BC to publish and update legal information in a range of different digital and physical formats by editing a single source. I like to call it a curated wiki of BC law.

In addition to reading the Wikibooks online, you can find several of them in print at your local public library, through the LawMatters program. JP Boyd is a well-known family law expert and the founding author of this post’s featured Clicklaw Wikibook, which is updated by BC lawyers. 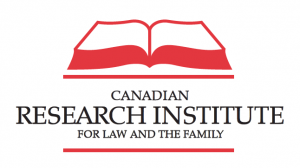